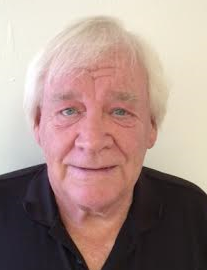 Richard McCabe is being inducted into the Hall of Fame for his dedication, leadership and commitment to his students and the communities of Rensselaer and East Greenbush.

Rick graduated from Columbia High School in 1965.  He earned an Associates of Arts degree in Liberal Arts from Hudson Valley Community College, a Bachelor of Arts in Political Science & Sociology from Western Connecticut State University, and a Master of Arts in Education from The College of St. Rose.  His professional career began in 1970 with the RCSD as a substitute teacher. He taught for a year at Fort Crailo, then began teaching Social Studies in 1972 at Rensselaer Junior-Senior HS. . He also held the position of Social Worker and Attendance Officer for the district from 1973-77.  He continued teaching Social Studies and Government from 1977-2002. During his tenure with the district, he was also President of the Teachers’ Union, Chief Negotiator, and served as Coach.  In that capacity, he was Head Coach for boys’ baseball and girls’ basketball.  Under his leadership, the girls’ won the Sectional Championship three times.  His coaching also included girls’ softball.  In 1989-91 Rick lead the boys’ varsity basketball team to win the Sectionals and in 1990 to become the NYS Champions.  He was awarded NYS “Coach of the Year” twice. After retiring in 2002, he returned as a substitute teacher from 2003-2005.   Rick’s service to the community includes the city’s Youth Department summer program for almost 20 yrs.  In 1997 he was elected to the East Greenbush Town Council and was Deputy Town Supervisor from 2000-2006.  He was Supervisor from 2006-2012.  Other community service includes serving on the Board of Directors for the Boys and Girls Club of Southern Rensselaer County, co-chairing the yearly golf outing and Hall of Fame Gala.  He was the recipient of the “R. James Manning” Award in 1996 given by the City of Rensselaer for dedication and service to youth, was inducted into his high school’s Hall of Fame in 2002, and received the “J. Donald Leahey Commitment to Youth Award” by the Boys and Girls Club in 2011.  Rick and his wife Linda have raised two girls who have given them 3 grandchildren.  He was nominated by one of his former students, Michael Burns from the class of 1996.