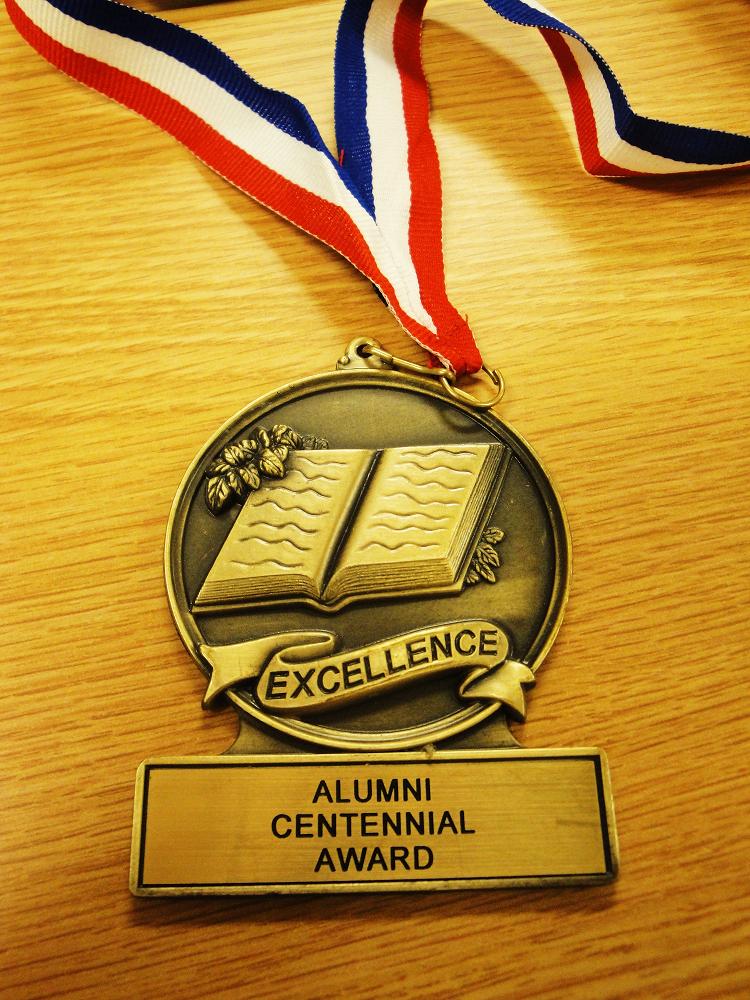 History: In 1998, upon the anniversary of their 50 th class reunion, the Van Rensselaer High School Class of 1948  decided to take the donations received from that reunion and purpose those monies toward a charitable gift to a graduating senior. Since 1898 was believed to have been the founding year of the high school, it was decided to call the gift the “Centennial Award”. One $500 award had been given annually from 1998-2005 to a graduating senior meeting the criteria listed below. In 2005 the alumni of the class of 1948 decided that there were sufficient funds to increase the awards to two $500 gifts and to include a specially designed medallion with the words “Centennial Award”. Traditionally a member of the Class of 1948 has awarded the medallions at the graduation ceremony.

Going forward, the “Centennial Award” may be whatever the membership votes it to be. If monetary, the amount of the award shall be established yearly by the Executive Committee. Selection of the award winner is by a committee of Rensselaer High School faculty,administrators, and representatives of the alumni association according to criteria they have established. The award is given without discrimination to race, color, religion, age, gender or physical ability. The recipient(s) must be a graduating senior(s) who have distinguished themselves by exceptional achievement in some specific area of endeavor serving humanity, e.g. Key Club, Boys' and Girls' All-State, the Special Olympics, be able to demonstrate substantial and verifiable service to the community or performed an heroic act.

In 2013, The Class of 1948 was inducted into the Hall of Fame in recognition of this effort.