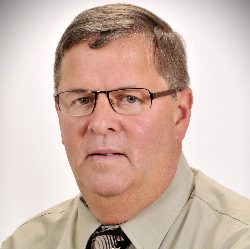 John Mooney is being inducted into the Hall of Fame for his untiring dedication for many years to the Rensselaer School District and citizens of the city.

In high school John won the typing award as a freshman, and the History Award when he was a junior.  He was Vice President of Student Council his senior year.  Socially, we was prom prince and on dance and prom committees and a member of and officer of DECA (Distributive Education) club.  Athletically, John played Intermural basketball his freshmen year and bowling for his first three years.  John became a successful Real Estate Broker after graduating in 1975 and has been the leading agent in his office for Realty USA for the last 10 years.  He has been a respected member of the Rensselaer community for a long time, beginning with serving elected positions of Second Ward Alderperson from 1982-93, as a member of the Youth Bureau Board of Directors from 1991-99 and as a member of the Board of Assessment and Review from 1997 to present.  He also plays an active role with the Rensselaer Democratic Committee.  John was elected to the Board of Education in 1998 and was elected President in 2001and has served to the present.  He is a life member of the E.F. Hart Hose Fire Company and a member of the Knights of Columbus.  He has also been President of the Benevolent Order of the Elks (BOE) since 2001 and has served as treasurer for the Rensselaer Athletic Association.  John was highly praised and endorsed by the two School Superintendents he’s worked with, Gordon Reynolds and Sally Ann Shields and by the Democratic Committee Chair, Patrick Riley. In addition, John has always supported the efforts and activities of the Alumni Association whole-heartedly. John has lived in Rensselaer all his life with his wife, the former Laurie VanVorst ’76 where they raised their three children.  They now have three grandchildren.  John enjoys golf and bowling in what little spare time he has.  Laurie nominated him.