Why is the ram Rensselaer High School’s mascot?

Good question and a simple answer is that it was taken from the Huyck Felt symbol which was a ram. Huyck Felt was a papermaker felt company located on Washington Street in Rensselaer, NY and a large employer in the city. Why the ram? Well, that is because in the manufacture of papermaker felts sheep’s wool is the main product. Local farmers would sheer their sheep and bring the wool to F.C. Huyck and sons to be washed, carded, and made into blankets, material for clothing or papermaker felts which were used by the paper industry in the northeast and Canada. Here is a little history lesson about how Huyck Felt came to Rensselaer. 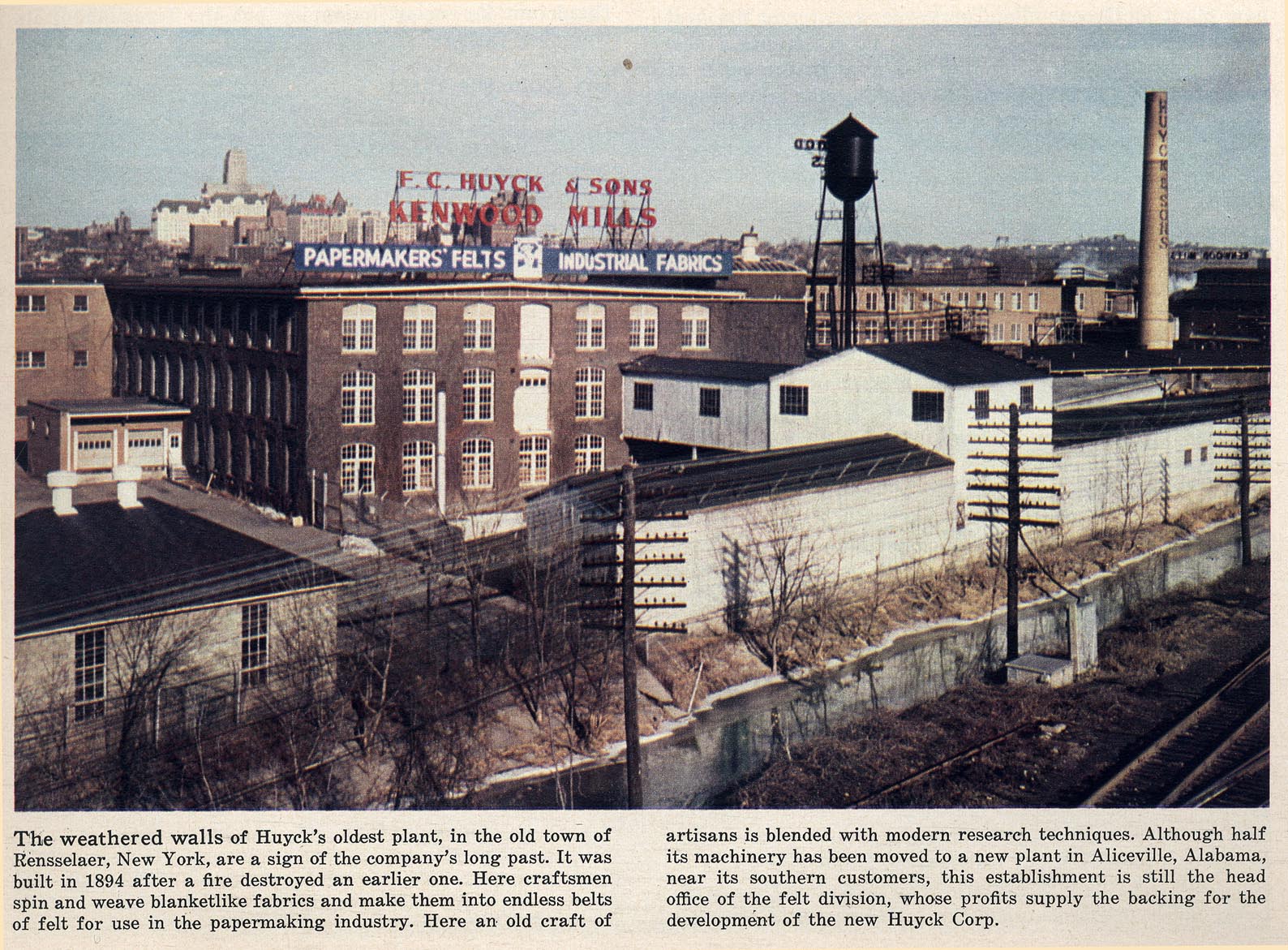 In 1629 Kilian Van Rensselaer, through a charter from the Dutch West Indies Company, established a vast track of land on both sides of the Hudson River that now encompasses Albany and Rensselaer counties. In 1785 Stephen Van Rensselaer, eighth patroon of the manor, opened up the Rensselaerville area to settlement. By the mid 1800’s felt making had become an integral part of the papermaking process. Paper was made using big machines to mix wood pulp into a slurry, then delivered to the continuous paper machines, pressed flat on giant conveyor belts, excess moisture removed and processed into huge sheets of paper. By the 19th century, paper mills began to use drying belts that were of durable woolen felts to press out the water from the pulp fibers. These felts were imported from Europe, but later American entrepreneurs began to see opportunities for making papermaking felts themselves. Among these were Henry Waterbury and Francis Conklin Huyck whose partnership founded in 1870 was the fourth continuous papermaking felt woolen mill in North America. Located at the foot of the Rensselaerville Falls, turning Rensselaerville into a bustling village. From 1870-1878 the mill manufactured papermakers’ felts from sheep wool brought from nearby farms. Each week the felts would be loaded onto wagons and taken to farmers’ wives who would join the felts into endless, seamless blankets. Later the felts were returned to the mill for washing and finishing. The mills success was limited by transportation problems since it was far from the railroad, it encountered difficulty selling and transporting the felts as well as a lack of workers and raw materials. In 1879 the partnership was dissolved and Mr. Huyck rented an old knitting mill at Kenwood, a suburb of Albany. Soon F.C. Huyck and Sons was successfully manufacturing papermaking felts as well as woolen suits and blankets. The business ran in Kenwood until 1894 when a fire destroyed the mill and Huyck moved his business to Rensselaer. F.C. Huyck died in 1907 and his three sons took over the business. The company was a major employer in the city and when the school district was established in 1898, the school honored the employer with using the animal that was source of fiber for the Huyck Felt Company. Huyck Felt Company finally shut down operations in Rensselaer in the early 1980’s and the business was sold. The building is now owned by New York State which has offices there.