The 2015 annual Centennial Award recipients Emily Kretzschmar and Pwint Hnin were selected from the VRHS Class of 2015 and announced at graduation ceremonies on June 25th.

Names of awardees are engraved on the medallions and were presented at graduation by a member of the class of 1948 (Bob Eckert) which established the award in 1998 on their 50th anniversary. 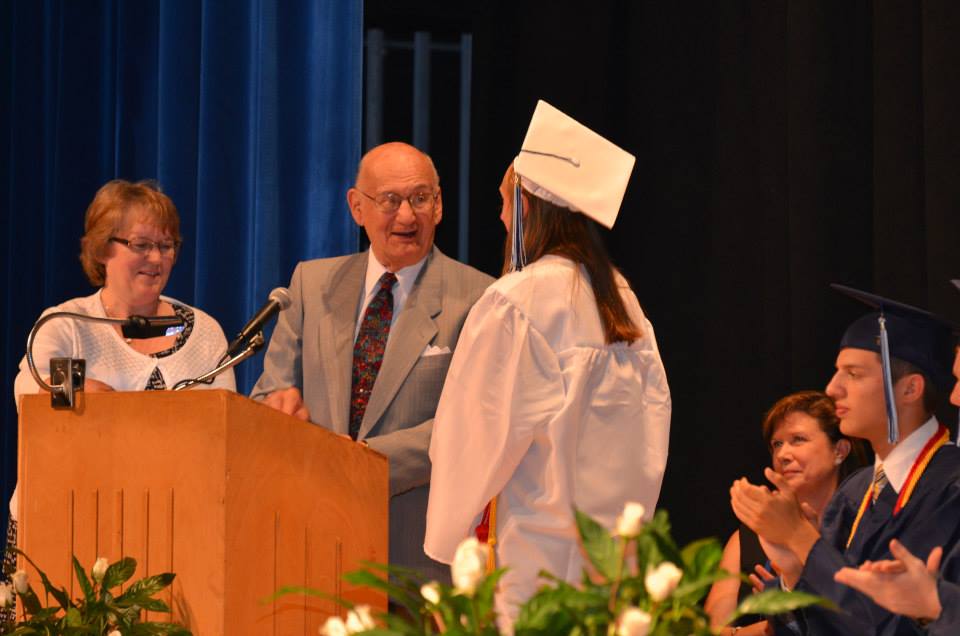 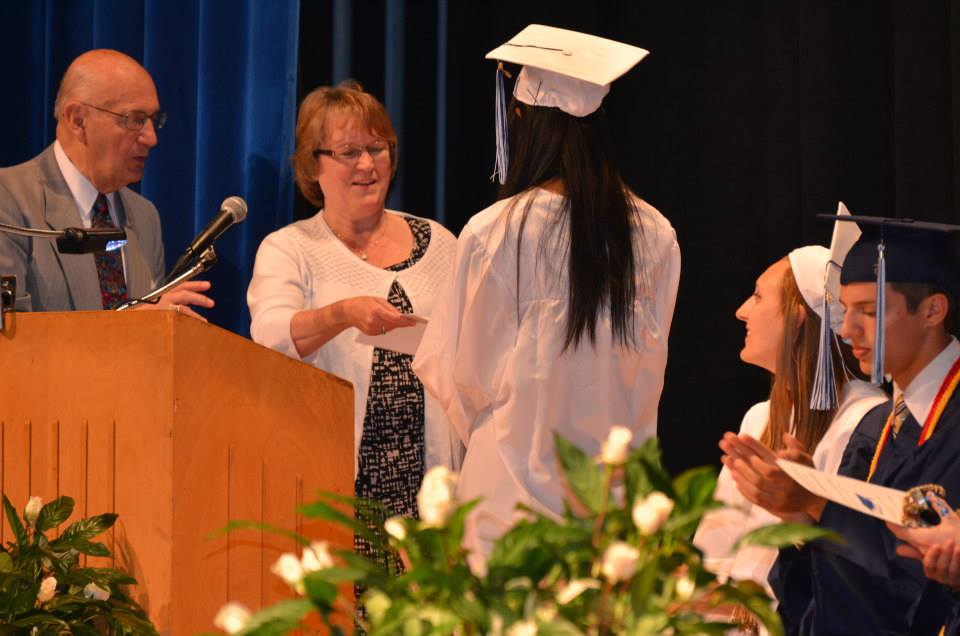