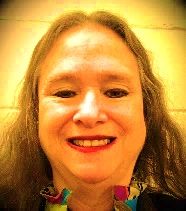 Susan Garrigan is being inducted into the Hall of Fame for her extensive, varied career in business, finance and education and for her community volunteerism.

Susan is a member of the class of 1975. In high school she was a basketball player, a cheerleader, student council representative, was a member of the Ski Club, Future Teachers of America and a History honoree. She started working at Key Bank in ’74 before graduating and stayed there until 1988.

She started her higher education path at the Junior College of Albany, graduating with an Associates in Applied Science degree concentrating on business administration and marketing, in 1980. She completed her Bachelor of Science at Russell Sage College in 1983, majoring in economics, finance and management. She worked a year at SEFCU as an Accounting Manager, leaving in 1989 to take a position as Financial Manager at Five Rivers Limited. While working that job she finished her Master’s in Business Administration at the College of St. Rose in 1993. Following, Susan became Director of Operations until 2000 at the Homeless and Travelers Aid Society in Albany and taught finance courses as a part-time Adjunct Professor at Siena College. In 2001 Susan began her career at Rensselaer Polytechnic Institute as a Portfolio Business Manager and Director of Operations & Finance until 2012 at the School of Humanities and Social Sciences, being recognized with an award. Susan worked for the next 3 years at SUNY System Administration as a Financial Analyst /Budget Manager and currently works for the Division of Military and Naval Affairs as Chief Budget Analyst. In 2015, Susan became an Adjunct Instructor at the Albany College of Pharmacy and Health Sciences and at Hudson Valley Community College which she holds presently. She continues her course work to achieve her Ph.D. in Education at RPI.

Susan was nominated by her long-time friend and former neighbor and Alumni Association Vice President, Deborah Reimann. Her outside activities include supporting her two sons’ activities where she was recognized by Columbia High School. She also has received an award by the NYS Association of High School Sports as a Ski Instructor. In her spare time Susan enjoys hiking, skiing, kayaking and gardening to name a few and resides in East Greenbush.