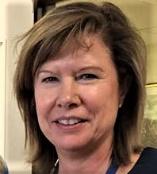 Karen Urbanski is being inducted into the Hall of Fame for her outstanding career in the RCSD, and for her support of the Alumni Association.

Karen has been with the RCSD for 33 years, retiring this past March. Her higher education began in 1984 when she received her Bachelor of Arts in History and Social Studies from SUNYA. Her Master of Arts in Reading was completed in 1990, also from SUNYA. Her first teaching job was at St. Agnes School in Cohoes where she taught grades 6-8 Social Studies. In 1986 she joined Rensselaer Middle School teaching Social Studies for all grades and acting as team leader for the 8th grade. In 1994 she was promoted to Dean of Students for the Middle School overseeing discipline regarding the school’s Code of Conduct. In 2000 she became Middle School Principal, after completing an Educational Administrative Internship at Van Rensselaer Elementary School and obtaining her Master of Science in Educational Administration from SUNYA. After 10 years as the Middle School principal, Karen became the principal of Rensselaer Jr-Sr High School. Along this journey she completed her required certifications in Social Studies, as School Administrator/Supervisor and District Administration.

Karen is a life time member of the Parent Teacher Student Association and belongs to several local, state and national Professional and Service Organizations. She initiated and supported the “Seeking Necessary Alternatives Photographically (SNAP) program and the partnership with the New Netherland Museum’s replica ship the “Half Moon” and the “Voyage of Discovery”. She also introduced the “College for Every Student (CFES)” program including student leader lunches to support scholar leaders and mentors. These are just some of her career highlights.

The Alumni Association has been fully supported through Karen’s acceptance of our goals and mission. She has never said “no” to our ideas, has given of her precious time to meet with us and to encourage us. She has attended our functions and incorporated our ideas for assisting students. The association could not have been as successful without Karen’s full support.

Karen was nominated by last year’s Hall of Fame inductee, Sally Shields, RCSD’s former Superintendent. They were a great team and will be missed. Karen lives in Albany and enjoys gardening, her camp in the Adirondacks, is an avid cyclist and enjoys the theater.